A note from Hillary Fry:

Has the segue to Fall been safely made? The chill is in the air over here – we are feelin’ the thought of sweaters and a switch up of the whole hair, makeup and skin care routine! [photo right, you can see I am not excited about the return of the high waisted pants…or the crazy GoGo’s inspired headband!] 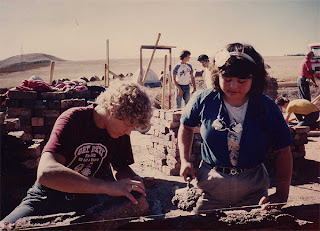 I don’t usually write a personally directed post, but I wanted to let everyone know about an important, wonderful project, taking place. Recently covered by Shannon Nelson at Beauty Pro, and dubbed Hummingbird Project, it is the first efforts of our newly initiated group, The Hummingbird Foundation.

The project revolves around a couple, James & Dorothy Sarjou, 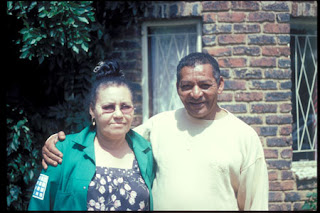 their efforts beyond what would have seemed possible in rural (with a capital R) South Africa, and how the Thembalethu Children’s Home they have created continue to change the face and influence thinking in the Kwazul-Natal District. Without any such intentions, their efforts have been revolutionary. Since 1984, nearly 60 orphaned/abandoned and special needs children have been housed, clothed, educated and loved under their guidance, every year. Their goal is to make enough room for 100. Children previously under their care have grown and returned to teach at Themalethu. Others have gone on to enter as medical assistants, caretakers and in general, been given the opportunity to be contributing citizens to society. 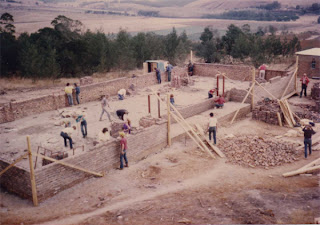 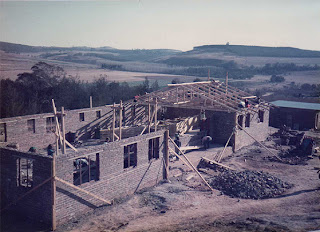 Now the Sarjous approach the Fall of their lives at 70, and the need is great to find a new hire to change hands of leadership. This isn’t as easy as switching up the wardrobe. There are a few challenges to this task, but we think the cause incredibly worthy. How do I personally know this? I’ve witnessed the metamorphasis. At 17 I had the privilege of helping build, brick by brick, the childrens home on the Sarjou’s donated farmland. I’ve met and played and fallen in love with the original group of children that were housed there that first winter. I was recently reunited, by phone at least, with the Sarjou’s daughter, who is in the US through the end of this year, working as an au pair. I know firsthand what their efforts and love have done to change a region and what hardships will take place if the home ceases to exist. But it isn’t enough to know. It is important to take action. 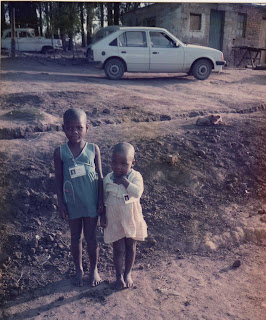 The goal is to raise $50,000 for a 3 year committment of a new hire. To raise funds, Solessence, in conjunction with celebrity make up artist, is offering a custom brush, serum and finishing mist set, kicking off with an exclusive limited edition with only 100 available. When released, the Serum & Brush set will then be available for $125. Twenty percent of profit from both sets will go to the Hummingbird Project/New Hire.

Looking for other ways to help?: A tax-deductible donation is easy! We have a PayPal account designated for the fund as well. You DO NOT need to have a Pay Pal account to give! PayPal makes this so easy. Simply follow the instructions on www.PayPal.com to ‘Send Money’, using email donations@hummingbirdproject.org, and any funds you designate will be held for this project.

We’ll have updates on progress, as well as upcoming features from others involved.