The first of the bag lady submissions are in…and this one is a beauty…BeautyAddict’s, that is. 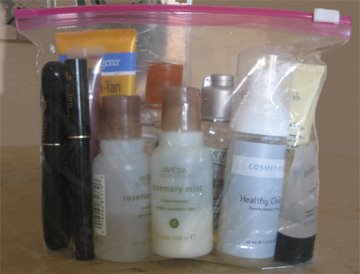 Straight from Kristen’s email we get the downlow on the booty:

A lot for one little bag, LOL, but
it made it! I also had a mini tube of toothpaste in there but I finished it and
left it in Canada.

I am having a hard time figuring out how she crammed all that in there – very impressive. I just want to know…is this the real baggie?!?! Somehow I think she’s on the up and up.

We’ll have more lined up for you later. You can send in your photo submission to solessencenews at gmail dot com. 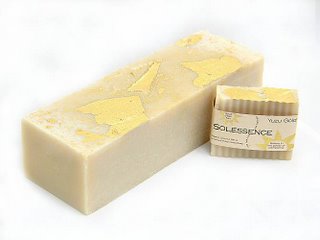 There’s gold in them products!

Solessence is pleased to give you an early preview to the Holiday Metals collection. Yuzu Gold 24K features lotion, scrub, soap and sprays fortified with 24K GOLD with .9999% purity, and adorned throughout with 24K & 23K that gives a glimmer to your holiday rituals.
Many embrace studies that show 24K gold relieves pain of early stages rheumatoid arthritis. Some believe it is good to boost the system with the variety of metals our body takes in. Others feel gold gives immortality…

At Solessence, matte gold is our signature color, so we feel it is a fun, if decadent, way to express ourselves for the holidays and beyond. Items are carefully crafted with organic and unrefined oils for a luxurious experience. The lotion and butter offer a soft, fragrant shimmer, appropriate for day or evening. You may also use a scoop of the scrub in the bathtub for a body oil treatment, surrounded by gold… 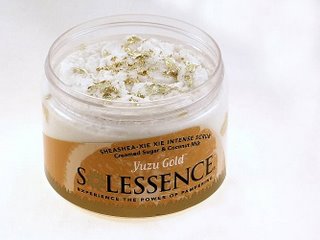 The Cream Coloured Base shadow that gave me the perfect smokey eye with the swipe or two of a finger is gone from MAC history. The fact that it didn’t require brushes that get lost or forgotten made it a staple in my travel bag. My last remaining pot is kaput, and it is no longer available online (having been out of the stores since Spring). Please observe a moment of silence. Or wailing and gnashing of teeth, whichever suites your mood.

I’ve tried Bronze, I’ve tried Fawntastic, I’ve tried Hush…nothing does it for me like Dusk did. I have creepy eye makeup photos to prove it. 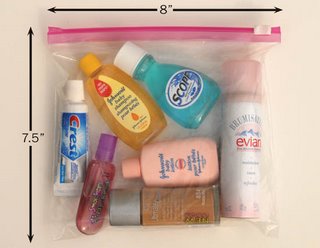 Ladies, let’s do a spin off of the ’empty the purse’ game – show us what you’ve got in your carry on!

The liquid ban has somewhat been lifted. Yesterday’s news blasted the announcement that air travelers would be allowed to bring their own liquid goodies, with a few stipulations. After nearly two months with the rule, I have to say I find it a little bittersweet.I’m a frequent flyer, and the ban in mid-August happened a day before I was headed to New York. I can say it was with great relief I had some advanced notice, as I often hand carry samples for safe keeping. With fear and trepitation I managed to pack without looking like I was moving across continents, but I felt utterly awkward going to my flight with just my purse and laptop. What a strange place to be, so unencumbered!

It didn’t end there. Boarding the flight went effortlessly, as we didn’t have to deal with seriously overstuffed overhanging bins, or trying to squish bags in the underseat slots. What was most odd, however, was deplaning. I usually sense the mood changing as we start to taxi to the door: bodies start to lean forward in an effort to notify everyone you want off; cell phones start beeping, buzzing and chirping as everyone flips the switch to take those ‘urgent’ calls; hands and legs start to cramp from strategically being placed on headrests and in aisles to block anyone that might want to leave ahead of you – it really can be a bit stressful.

So what did the carryon ban bring on? Near bliss. Without carryons, we had no reason to hop out of our seats to bring down the bags. People sat politely in their seats. And then, the unthinkable happened – people kept their seat belts on until the sign went off! Ok, maybe it wasn’t that out of body experience, but seriously, no one stood up until the flight attendants gave the okay. People also exited by row. The calm and organization was unprecedented.It has been that way more or less, and I’ve come to love the no carryon rule. I don’t know why it takes a fear of terrorism to bring back the niceties we learned about during our grammar school years as line monitors, but it was one amazing by product of the event.

Friday OT: If I could have one thing this season…

I’m diggin’ this J-Lo bag too… 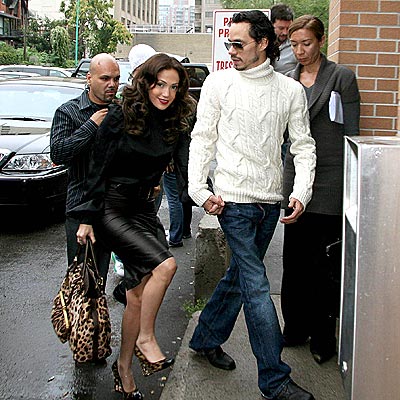 Animal prints. Remember…moderation is the key!