It worked! My Blackberry is pretty near perfect. It should make it to upgrade day. Keep in mind I have the dinosaur side scroll wheel, so the length of life is impressive in itself.

As per original post, I accidentally drowned my phone. Within a few hours of placing it in a sealed plastic bag full of rice, the huge droplets of water that were clinging to the inside of the screen, and the condensation were all gone. I left it in for 48 hours and intermittently returned to the bag and found all traces of moisture had been wicked away. The crazy Rorschach patterns all over my screen were all gone.

What is more beautiful than quality design and engineering? I am once again thankful and impressed with RIM. 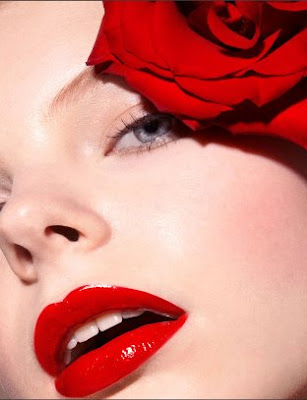 UPDATE: Victoria is giving away a copy of her book, Makeup Artist: Skin Beauty Color. Leave a comment (be sure to log in with your valid email address). We’ll randomly select on July 1st.

Don’t forget to check out the interview!

What is it like to live out your dream as a makeup artist? Victoria Stiles will share her tips and tricks for getting into the trade, as well as her personal experiences as a MUA based out of the Washington DC area.

Stiles has worked for events, celebrity, print, editorial, fashion, tv and film since 1997. In addition, she is an editor at Beyond Beauty Basics and covers major events and launches for the beauty industry. Stiles has recently published “Makeup Artist -Skin Beauty Color” showcasing her work.

Hear the Interview Wednesday 11am Central

If you have been on this site before, you know that our family loves dogs. If I was smarter, I would also have acted like the media and penned my obits well in advance of the need, way before I had to type through teary eyes.

Our boxer, referred to as my dogter, died last night. She would have been 9 1/2 years old today.

She had suddenly taken a turn for the worst with the high humidity and heat, and I thought I would be bringing her in to be put down. I always thought I would tell my child the truth about a pet dying (or anything, really) but when faced with the possibility of crushing and confusing a 4 year old, I became conflicted. As one person stated, they didn’t realize until they were 25 years old that their family pet had not run away. Was it better to say she took off?

After polling this question I got a few hilarious responses on what to say:

After a good laugh I found heartfelt answers that all had the same thread:

Tell the truth. A four year old will understand. It will help shape the child to learn to deal with death. 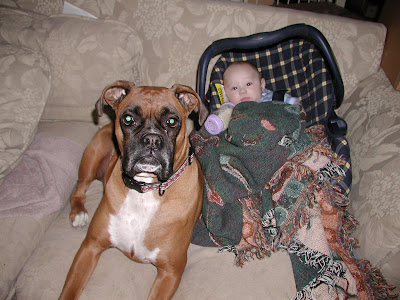 One person mentioned that if told the dog ran away, the child might be holding out hope that it would one day return. Not one person advocated lying. I don’t believe false hope is healthy, and it was comforting to realize that by teaching my son to deal with an issue when it was presented it would help him deal with life in general.

I put that exercise into motion sooner than expected. Our beloved Boxer passed away shortly after my husband came home. A complete daddy’s girl, I believe she waited to see him one last time. We then were faced with sending the child back to bed or letting him see his pet. And he wanted to see her.

By the time we all stumbled into the vet, we were sleepy and weepy eyed. They brought us into a room to say goodbye. It may sound creepy, but I feel it brings closure. My son gave her loving pats and kisses. He asked if her spirit would now go into a human body and become a person (he had recently seen the movie Fluke, where a person’s spirit went into a dog). In the end, he mostly asked if the doctors would make her walk again and when she was coming home. And I was grateful he felt he could ask. 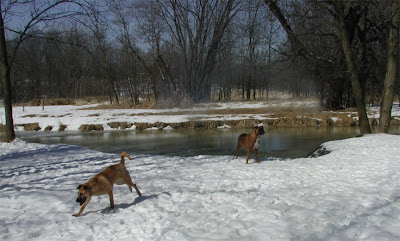 For the people who share the love of a pet, especially a dog, you understand. We were a four dog family, and this is the first loss our son is experiencing. She was also the first dog to join me and my husband, making us an official little family in 2000. It seems fitting that she is the one to show our son first, how to love, and second, how to grieve. Our boxer was incredible in so many ways. She treated my son as if he were her own, never once so much as growling when he would tumble, ride her like a pony, tug on her silky ears. She had a way of laying down wherever my son was, especially when he was sleeping, as if she wanted to block his possible roll off of the bed/sofa/etc. She was beautiful, very smart, fun and lovingly protective. Thanks so much for being our girl. 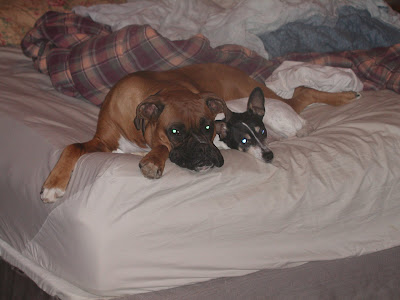 Oh No She Didn’t: Fetishes 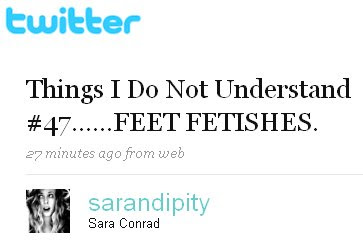 Want to know how it turned out? Here is the updated post.

Want to use your phone in the shower? This is how you do it.

Weeks away from being able to get my freebie upgrade, I slipped my blackberry into a pocket in the stroller and saw it brightly flash. I thought that was odd, but it wasn’t until I had to reach back in to grab keys that I realized the pocket was filled with water. That flash of light was the cry of a Blackberry I witnessed drowning.

This wasn’t my first. Several years back I was taking a bath and son gave my phone the old Nestea plunge, tossing it in because he thought the phone was a natural appendage, er, I might need it. That phone survived after taking the battery out and letting it dry out overnight. This is also an example of why phone insurance is so handy.

But back to the latest disaster at hand. I was in a panic because I had been trying to locate the cable to download my data. For a replacement cable I had a $29 quote from a Verizon mall cart, $20 Verizon store and then a $2.95 Verizon quote, with none in stock. I found the cable, but decided to get my run done first. What a mistake. It looks like I may have to resort to the phone I had in college. (Originally $14.99 at Target) 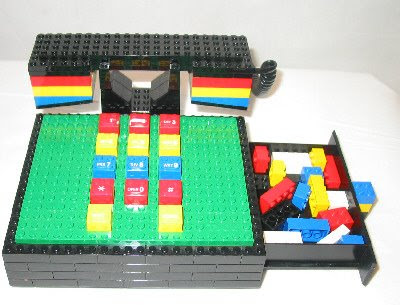 Looking back I should have done what I did after the bathtub incident – wait. I thought if I could get the data downloaded before the phone died I would be okay. While the phone sprang to life and started hourglassing toward the familiar, I began to plug everything in. Then it died. I tried to dry it off further. It was such a humid day nothing was working. I propped it in front of a fan. I waited overnight. Each subsequent plug in led to less of a light before it would fail.

If you ever find yourself in this situation, here are the basic steps for trying to save your phone:

Once this period has passed and it seems the phone is dry, reinsert battery. If done before the circuits are dry, you risk shorting out the board.

If you are reading this because you are in the same situation, remember, patience is a virtue.