Farrah Fawcett has passed away.

Fawcett, suffering from cancer that was detected in 2006, was the ultimate beauty icon for many years.

The poster that changed her life. 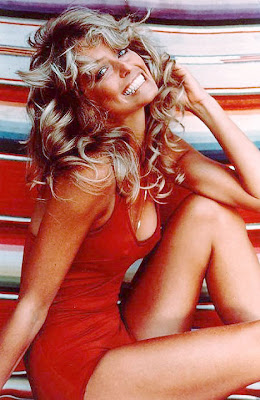 She played Jill Monroe, one of the key characters in hit TV show Charlie’s Angels. Originally developed as a vehicle for Kate Jackson (Sabrina Duncan), Fawcett catapulted to fame but left after only one year.

There was a bumpy road ahead, both personal and professional. Rumors of a controlling husband were rampant, and Fawcett soon divorced her husband Lee Majors, lead actor of the “The Six Million Dollar Man” series. Actor Ryan O’Neal was to became the love of her life, staying by her side and proposing again the last week of her life. Professionally, she gained critical acclaim in “The Burning Bed” and later tried to tie her love in for art with a provocative video for Playboy. She never quite achieved stardom for her work, but the world continues to be fascinated by her beauty. 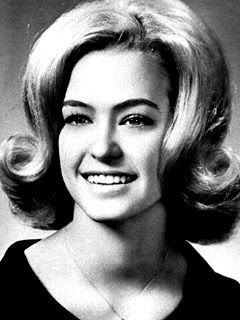 Farrah, commonly praised for her “California” good looks, hailed from Texas.
This swimsuit poster, a style commonly shot and sold during the 70s, was one of the fastest selling in the world. The beautiful smile, hair and lack of nipple pads made men of all ages flock to get a copy on their wall. Fawcett went on to represent beauty products and had a necklace created in her name. How I’d love to have one of these!